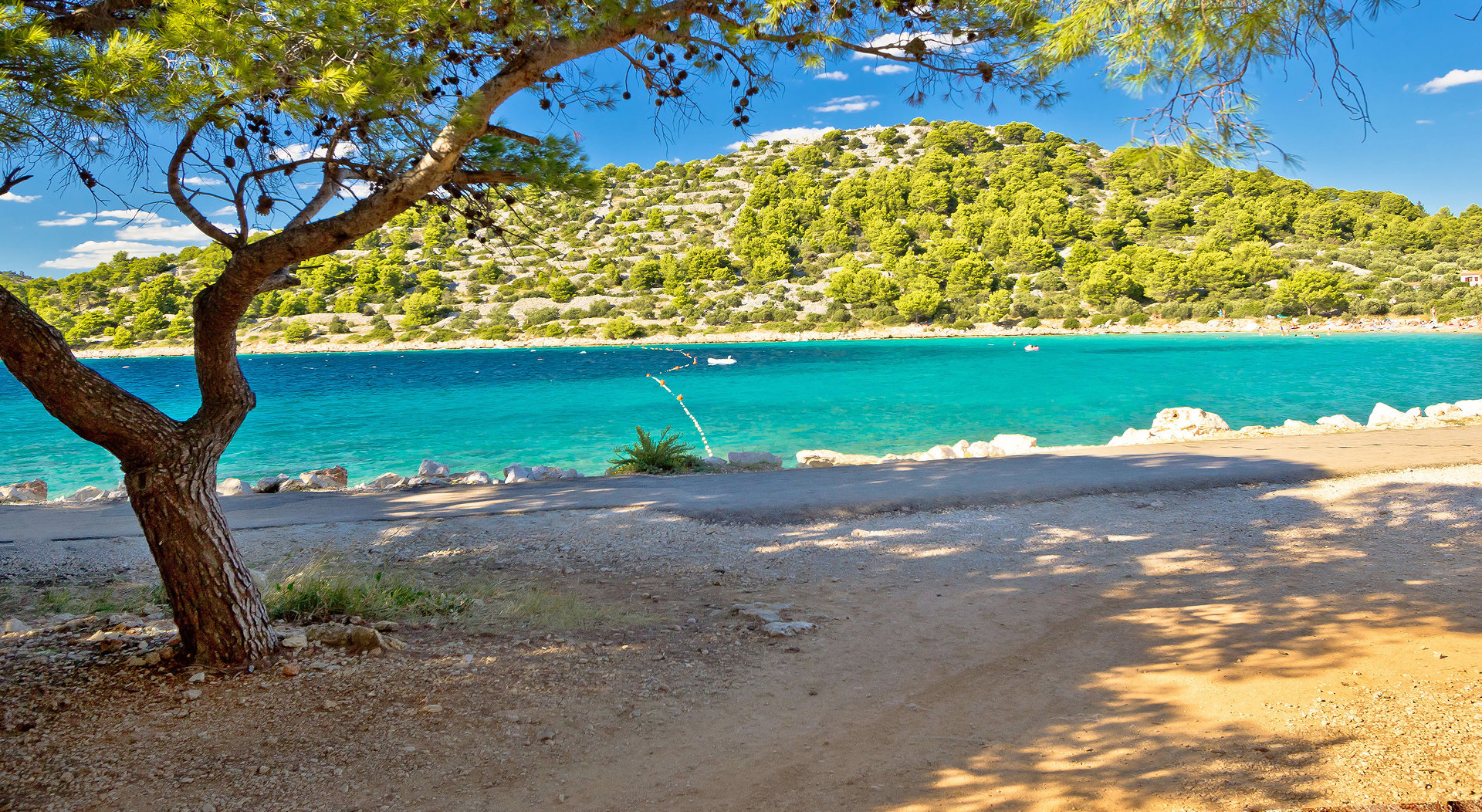 Discover Dubrovnik and the islands of southern Croatia on a cruise aboard a comfortable, next-generation sailboat with skipper, hostesses and all-inclusive treatment. We will take you to discover this beautiful medieval city and the Croatian coast with its beautiful Elafiti islands in which to alternate cultural visits with moments of relaxation and snorkeling. You can navigate on a fantastic itinerary designed by experienced skippers to ensure a relaxing and exploring holiday. Set sails and make your way to Dubrovnik. Selected catamarans and sailing boats are waiting for you to set sail through southern Dalmatian islands, in Croatia. Contact us for a personalized estimate.

This is an example itinerary suggested by the BeBlue skippers who are experts in the navigation area. The route can be planned on the needs of the group before departure or during navigation.

Check-in available from 5 p.m. at the embarkation Marina. After the technical check-in and a short presentation of the boat, you can take your seat in the cabins and board the galley before setting sail.

You will set sail after a charming breakfast by the sea in the direction of Kolocep Island; this island is one of the most exciting destinations in the region and will enchant you with its beautiful beaches, woods and quaint villages. You'll be anchoring Gornje Celo beach, featuring white, shimmering pebbles, which doesn't leave you indifferent. Towards the evening it is advisable to anchor at the port of Donje Celo where there will be the opportunity to go down to the ground for a walk and an aperitif or dinner, in one of the many bars of the promenade, discovering the typical shops and clubs.

It will depart on the island of Mljet, located in the archipelago of Southern Dalmatia: Mljet is said to be the island of Ogigia, where Ulysses was held captive by the nymph Calypso on his way home. For lunch you will still be in Sobra where you can dive into the cobalt sea and relax in the sun. In the afternoon you will make your way to the port of Polace where you will stay for the night; here you can go down and enjoy a dinner or evening in the local restaurants.

You will leave immediately after breakfast to Ubli, a small town on the island of Lastovo with a ferry pier. The area has been declared a National Park, which is characterized by valleys covered by olive groves, vineyards and villages out of time, which perfectly match the lush nature surrounding it. One of the most beautiful sandy beaches is Saplun, where you may want to stay for lunch, and then leave in the late afternoon for Porto Rosso. The gastronomic offer of this island has as specialties lobsters and oysters, so we strongly recommend then to get down to the ground and enjoy a dinner in one of the taverns in the moonlight.

After breakfast you will set sail for a sail in the direction of the island of Korkula, characterized by bays, coves and coves that prop up the coast. The landscape is dominated by dense forests, alternated by expanses of vineyards and olive groves. One of the island's most famous tourist attractions is Marco Polo's supposed birthplace, now transformed into a museum in his memory. For the late afternoon it is advisable to go ashore and visit the many historical and architectural attractions such as, for example, St. Mark's Cathedral and the Government Palace, all characterized by the Venetian-Byzantine taste; to finish in beauty with a typical dinner of roasted fish.

After a breakfast sea view you will explain the sails to Prapratno where you will stay for lunch and bath. It is one of the most beautiful coves on the Peljeshac Peninsula (Sabbioncello), the sandy beach is a long tongue surrounded by a lush pine forest, where blue and green make the light iridescent. Hard to find anywhere else a clearer and warmer sea. In the early afternoon you will sail to Lopud, part of the Elaphiti Islands group. You'll still be at Sunj beach one of the most beautiful in the Adriatic, featuring white sand and cobalt sea descending into the depths of gradualmete, surrounded by a forest of verdant conifers.

You will depart for Dubrovnik late in the morning, to return at about 18:00 to the departing Marina, which is less than four miles from the center of the old city and houses some of the most important architectural archaeological remains. A true city museum that offers a perfect combination of past and present. The medieval ramparts, preserved in their original form, are composed of five fortresses, which offer unique views of the city, Lokrum Island and the sea. There will be a shuttle that can serve as a transfer between the ACI Marina and the ancient city center, where you can visit the many medieval churches, the military ancient palaces and the square of the Lodge where the main city monuments overlook. Overnight in port is included.

Check-out is scheduled in the morning at 9 a.m on Saturday.

The itinerary might be subject to variations due to weather conditions, safety and technical evaluations of the Captain. This program is intended as indicative and non-binding. 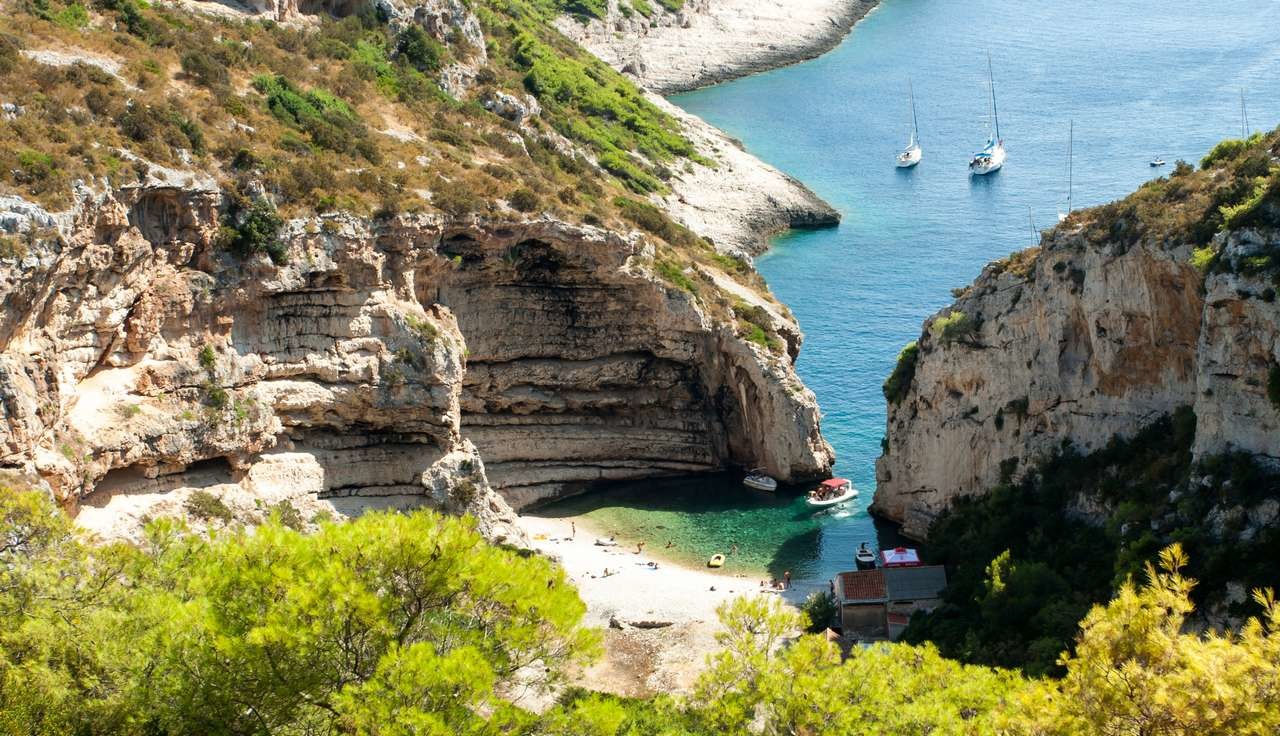 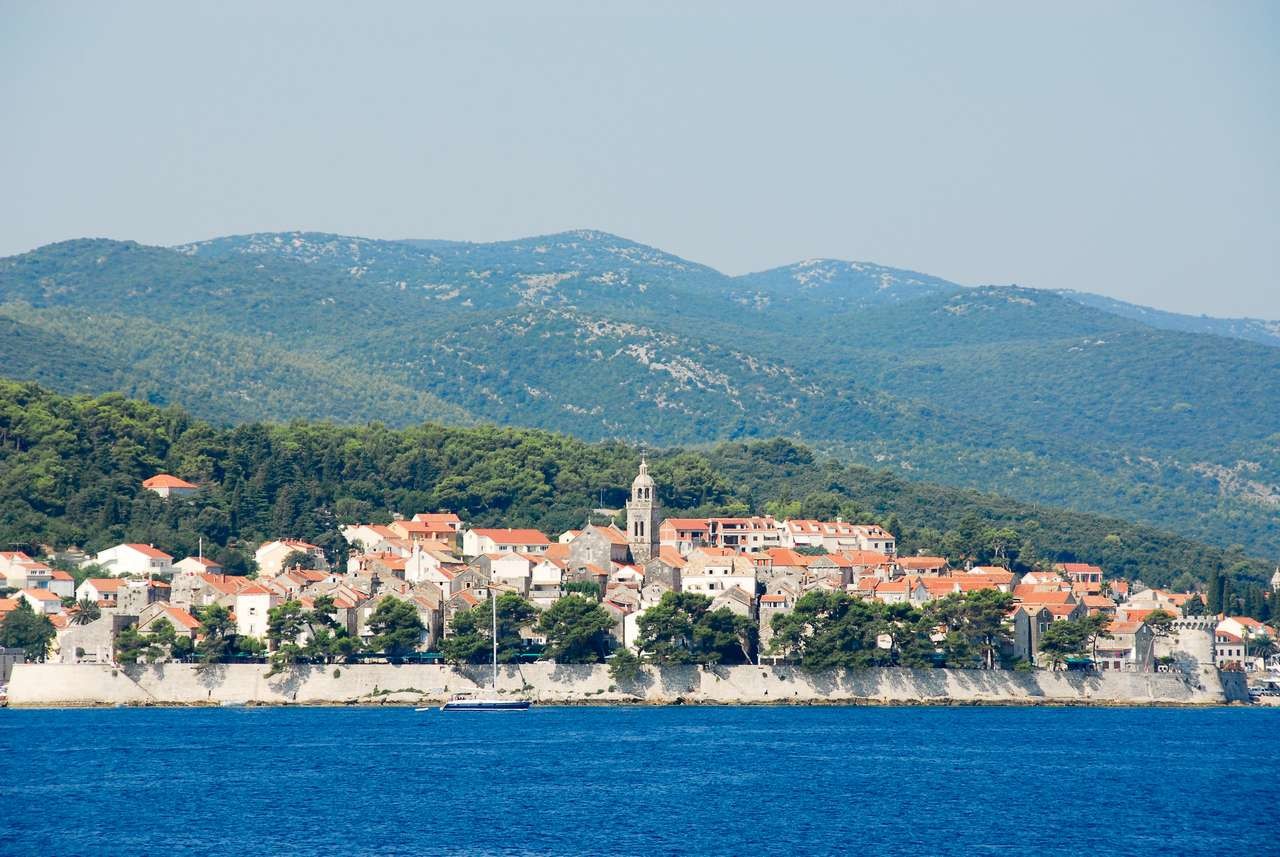 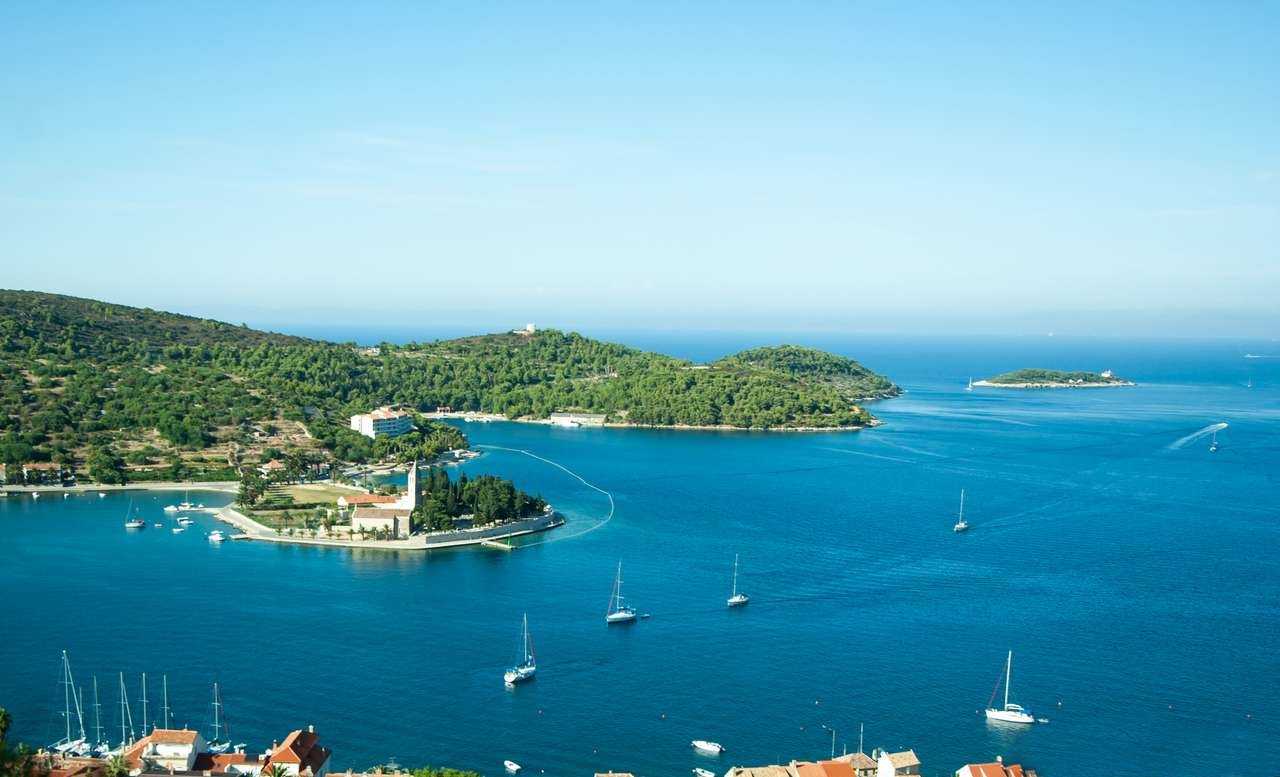 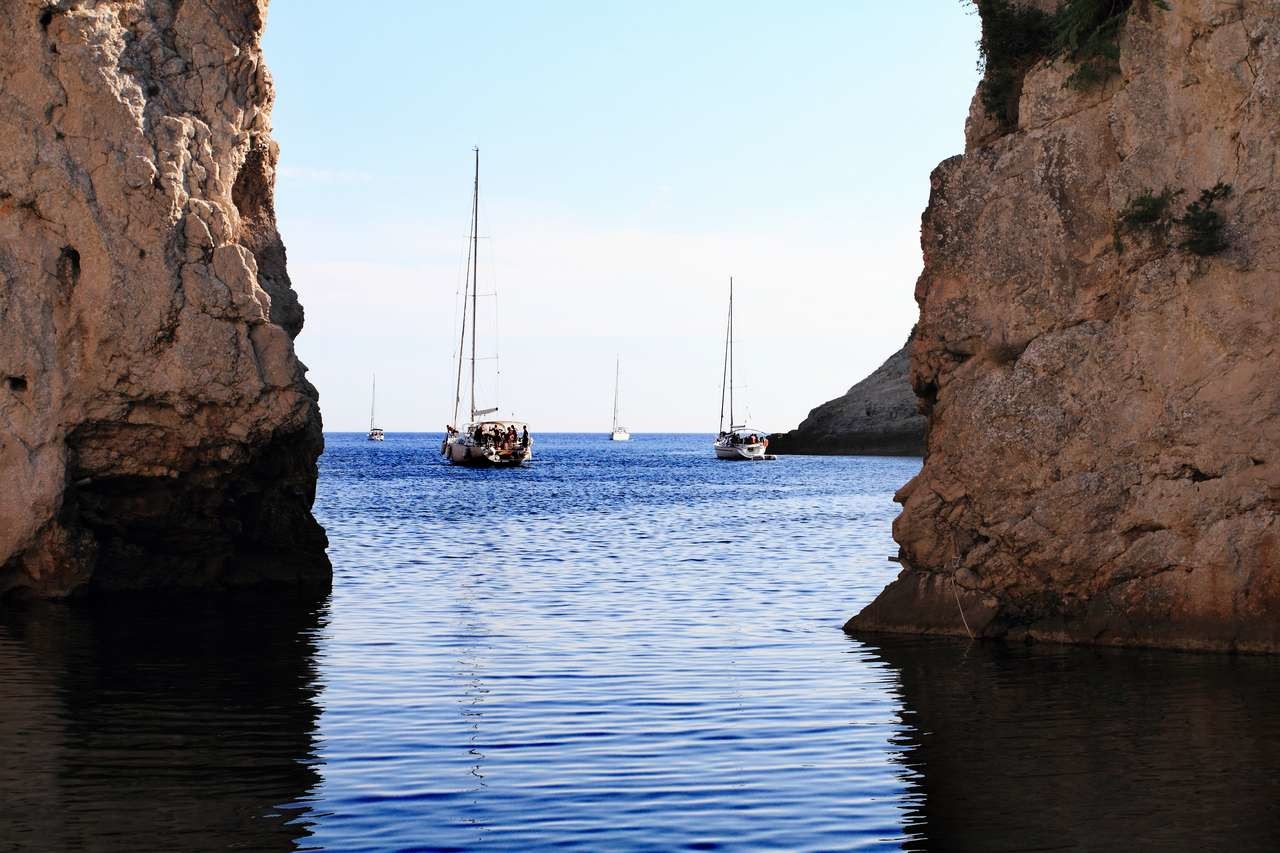 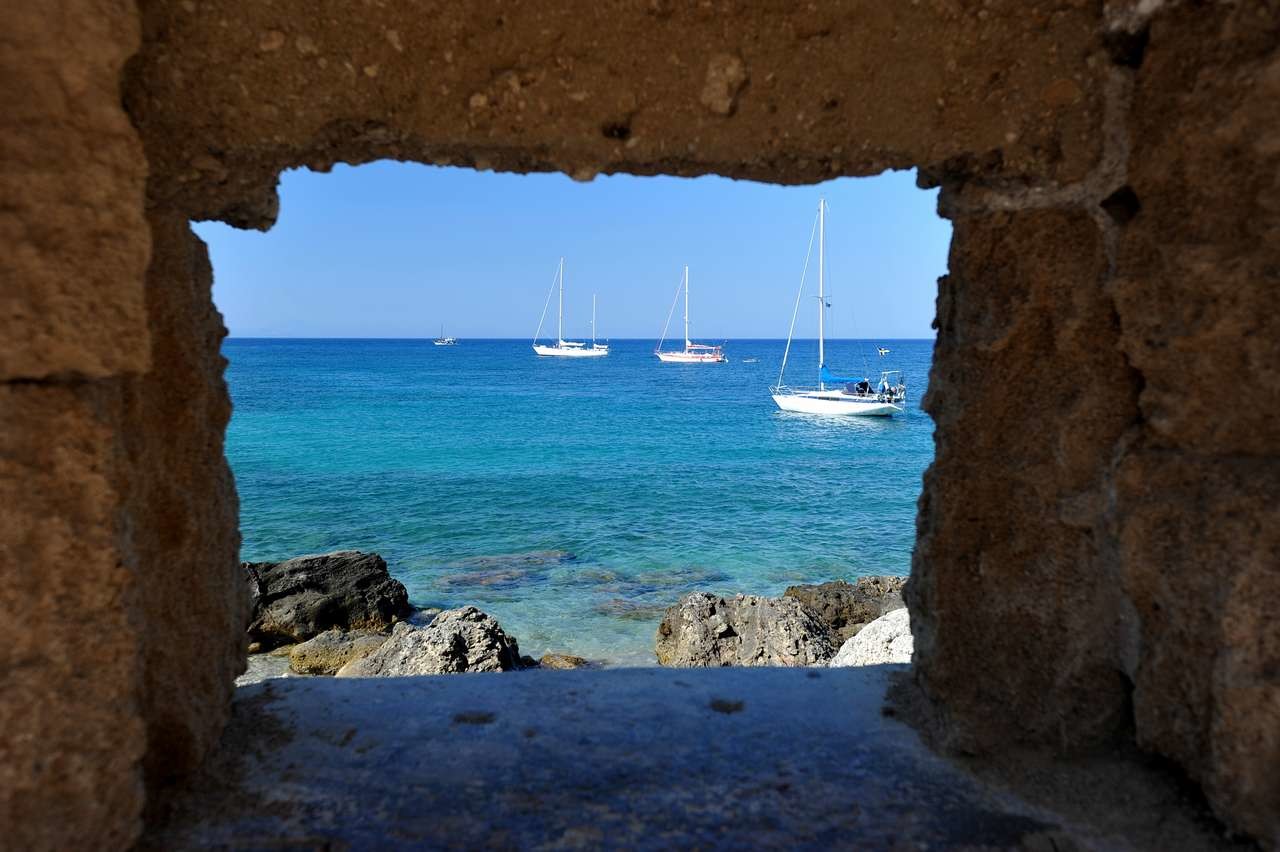 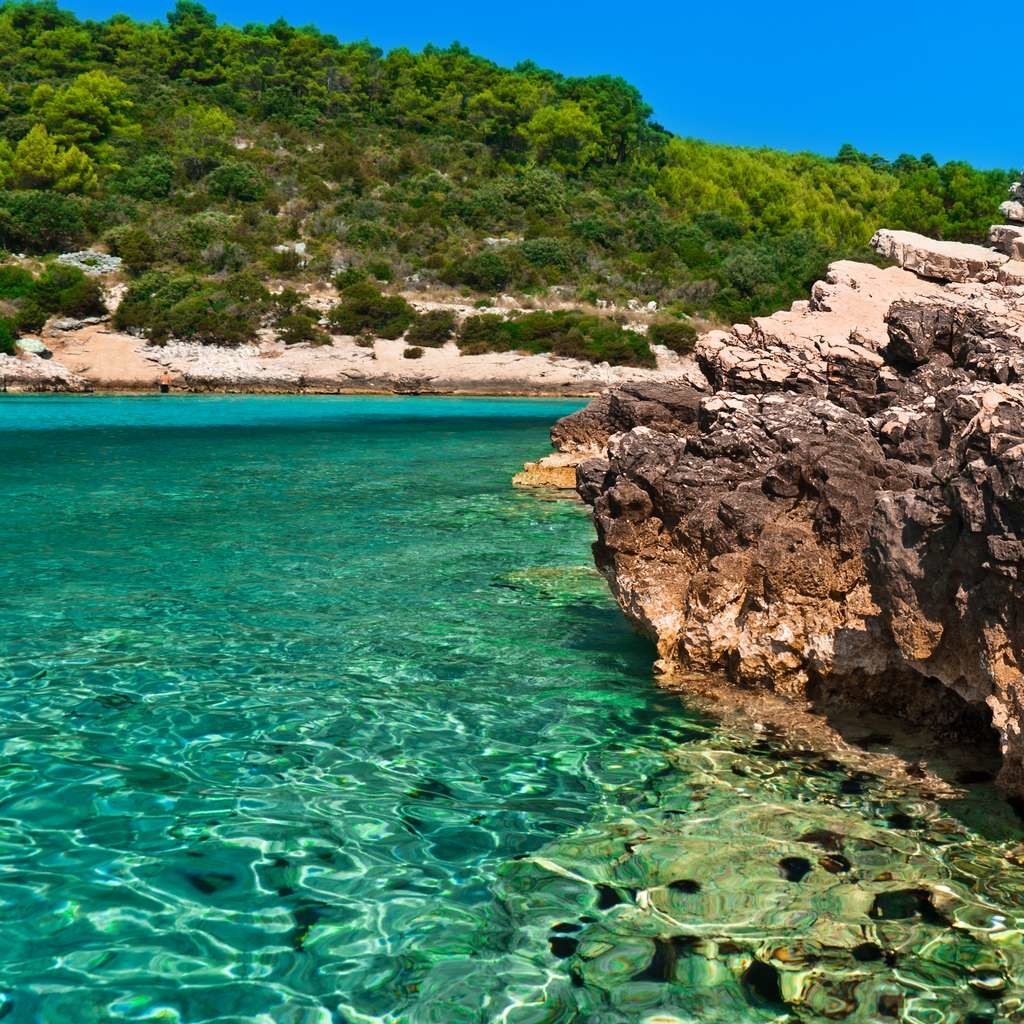 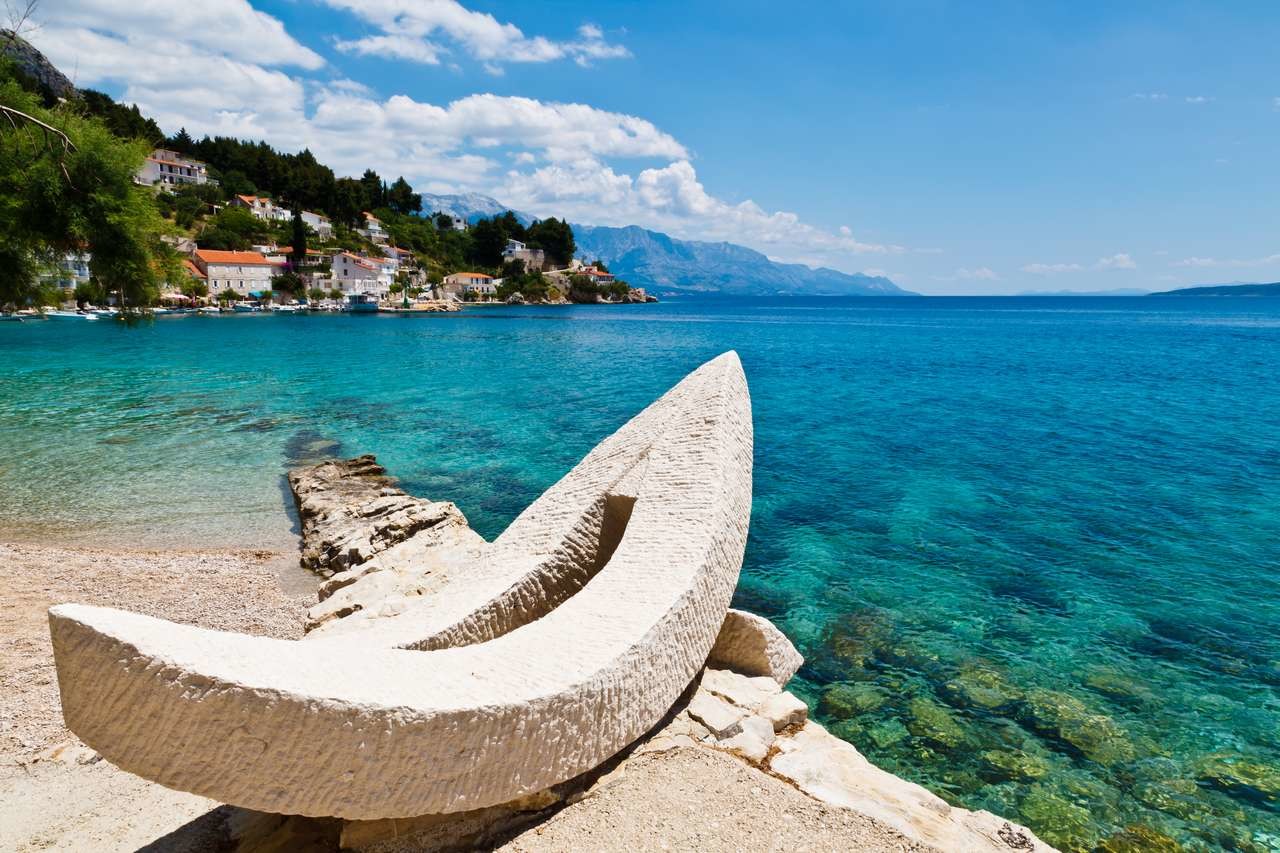 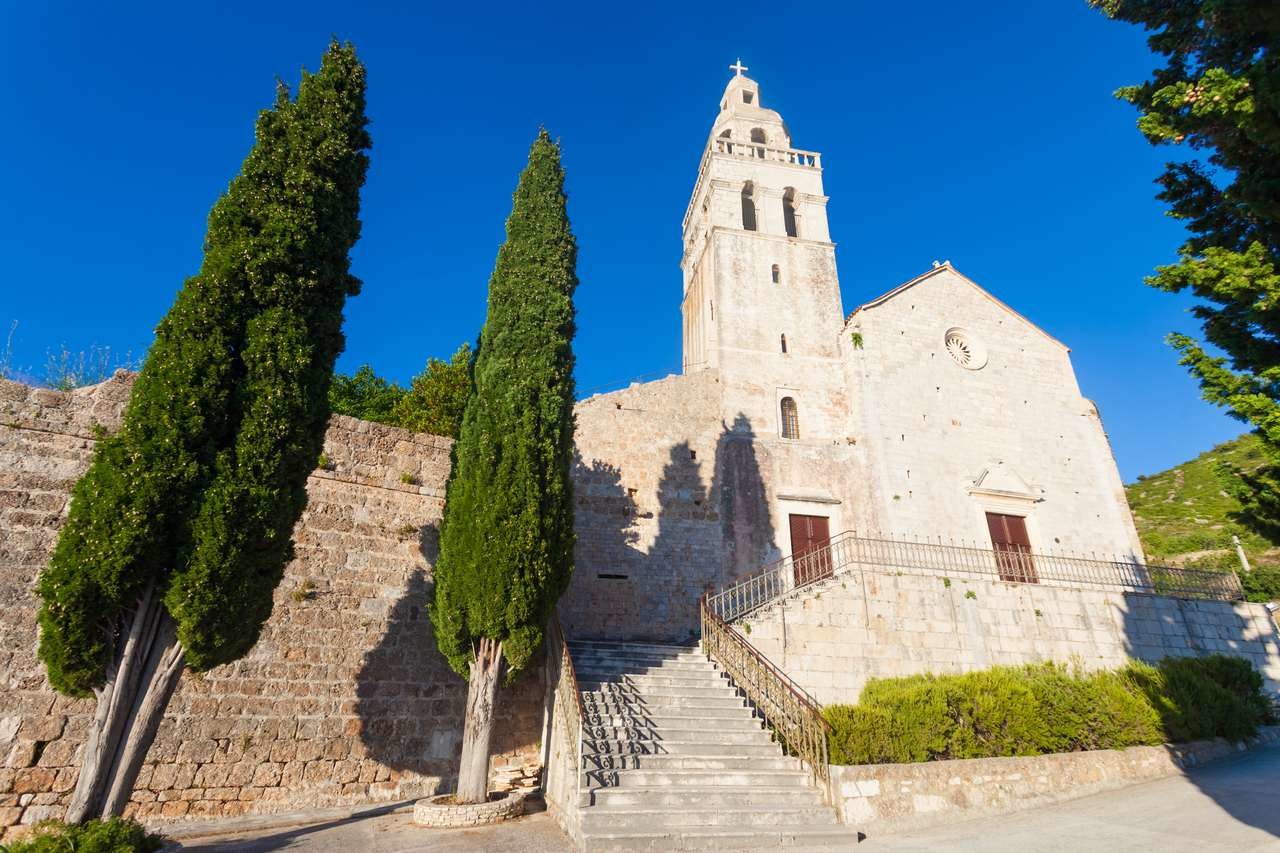 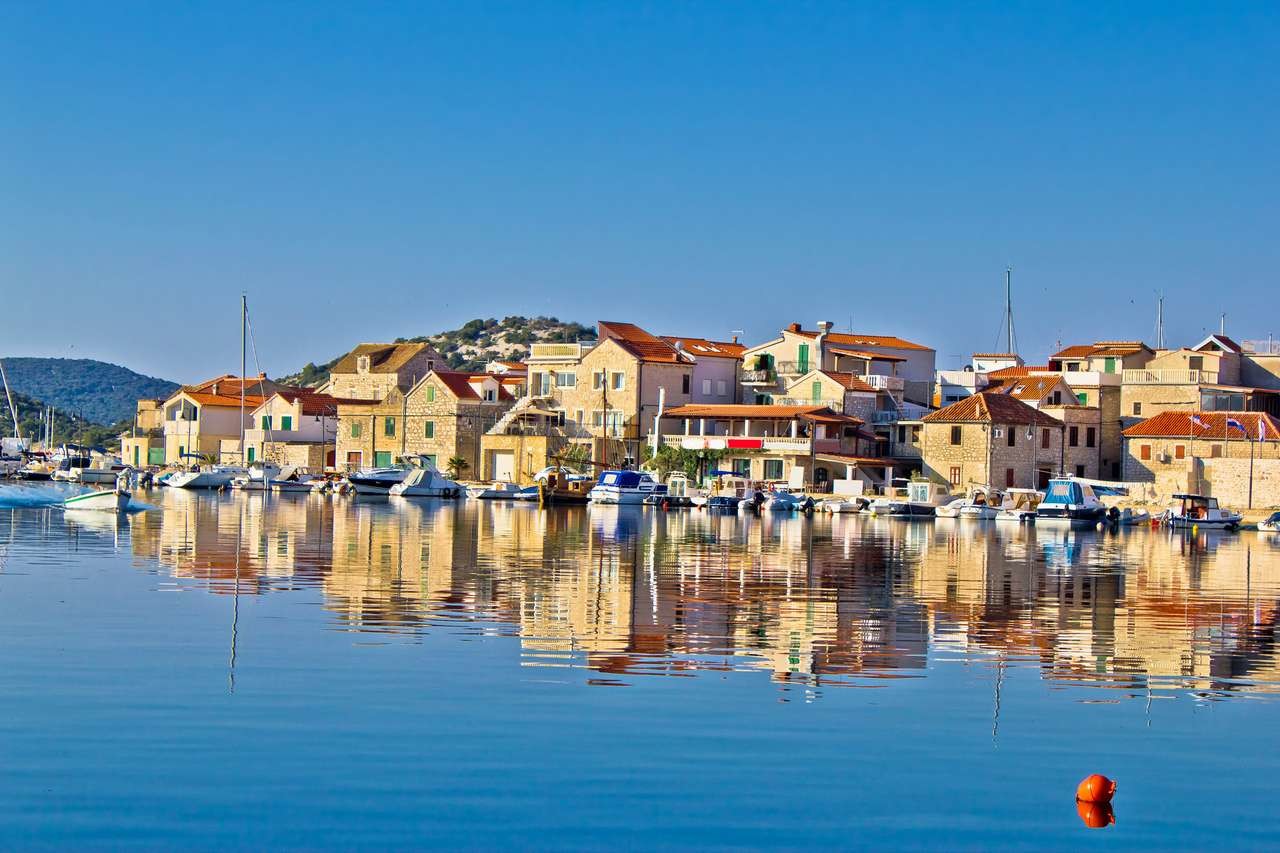 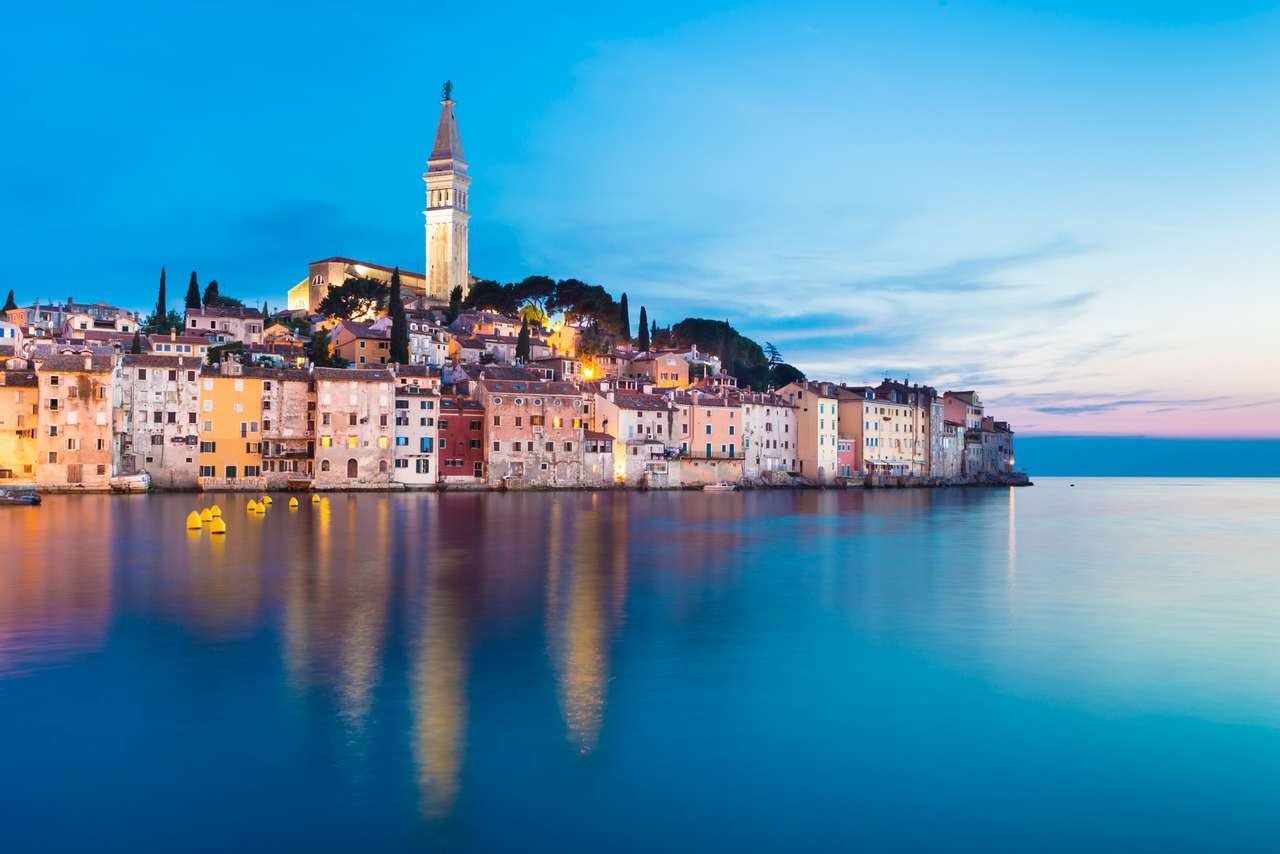 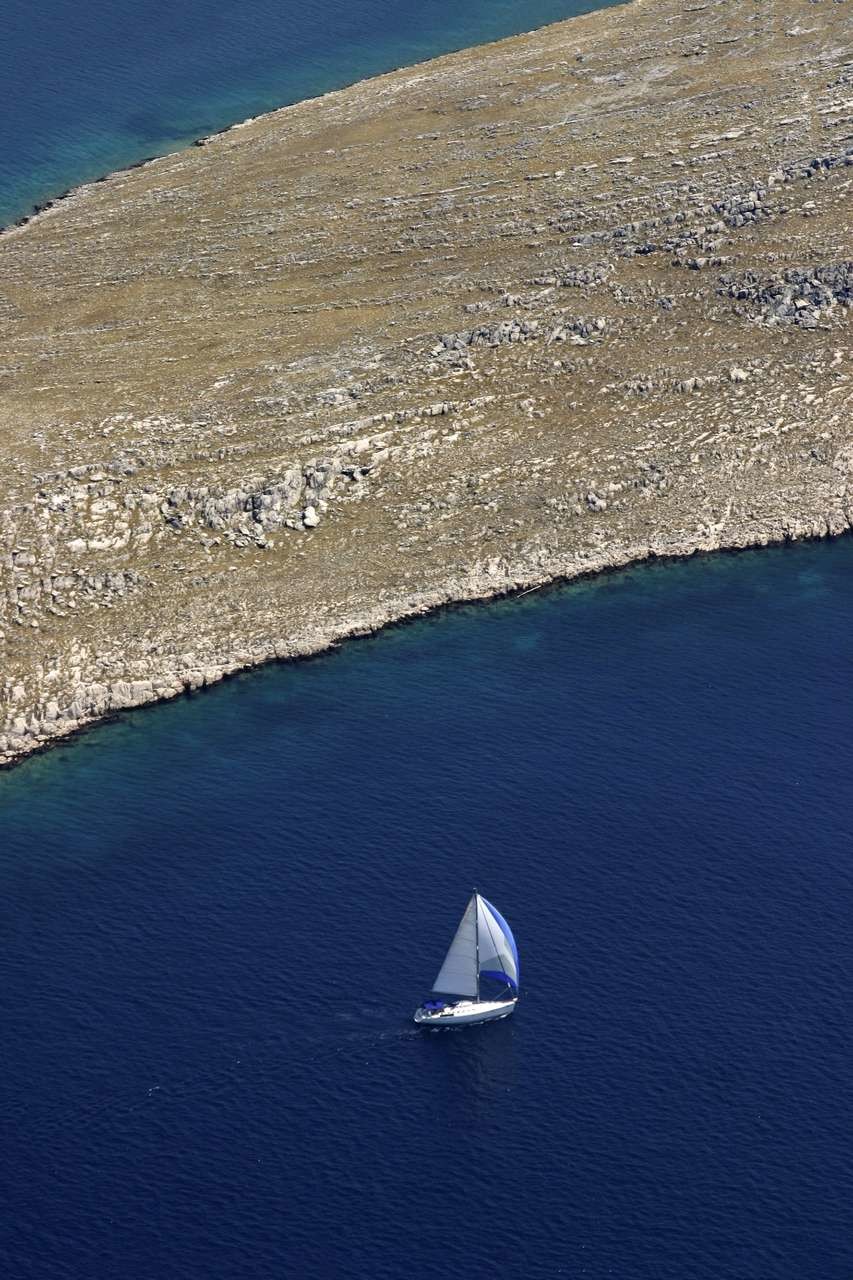 per rent On request
Ask for Availability
RENT 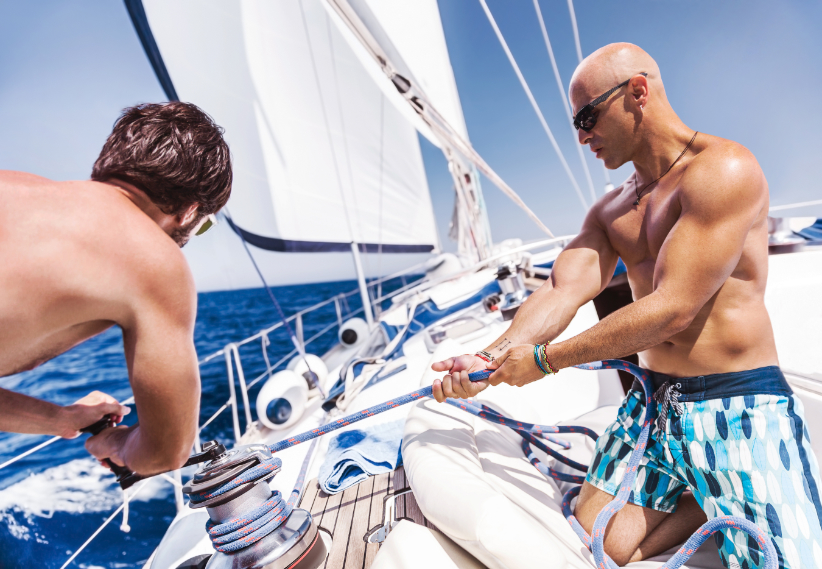 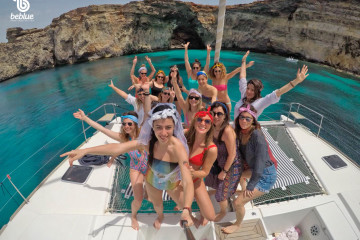 Bachelorette and Bachelor Party on a Sailboat 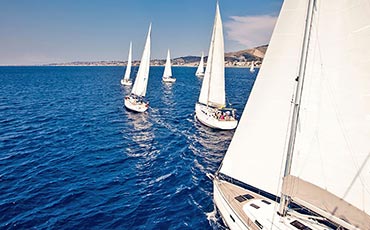 Sailing cruise in the southern Croatia

Be ready to set sail along the coastal of the southern Croatia with one of the BeBlue selected boats, discovering this corner full of... 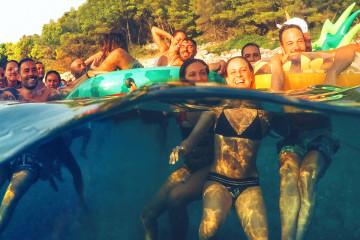 Flotilla dedicated to young people: lovers of sailing, fun and dancing all night long. This summer in Croatia for all August long... Zadar, Sali,... 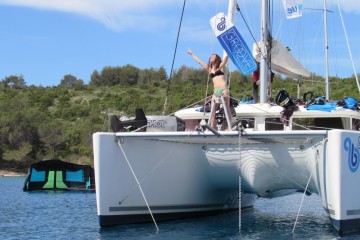 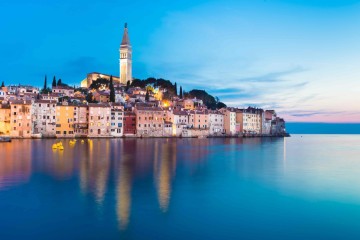 BeWeekend: Cruise to Trieste and Istria, Slovenia and Croatia

The BeBlue Skippers will take you to this mini-cruise, starting from the enchanting Trieste... Muggia, Porec, Rovinj, Gulf of Trieste, Porto San Rocco, Porto...